The Port of Hueneme capped off a week of focus on California’s ports in February 2019 with a groundbreaking for their newest project, deepening the harbor an additional five feet. The project is largely funded by a $12.3 million TIGER Grant (Transportation Investment Generating Economic Recovery) from the U.S. Department of Transportation. Deepening the harbor will create over 563 new jobs, $28 million in business revenue, $5.8 million in local purchases, and $4.6 million in state and local taxes. 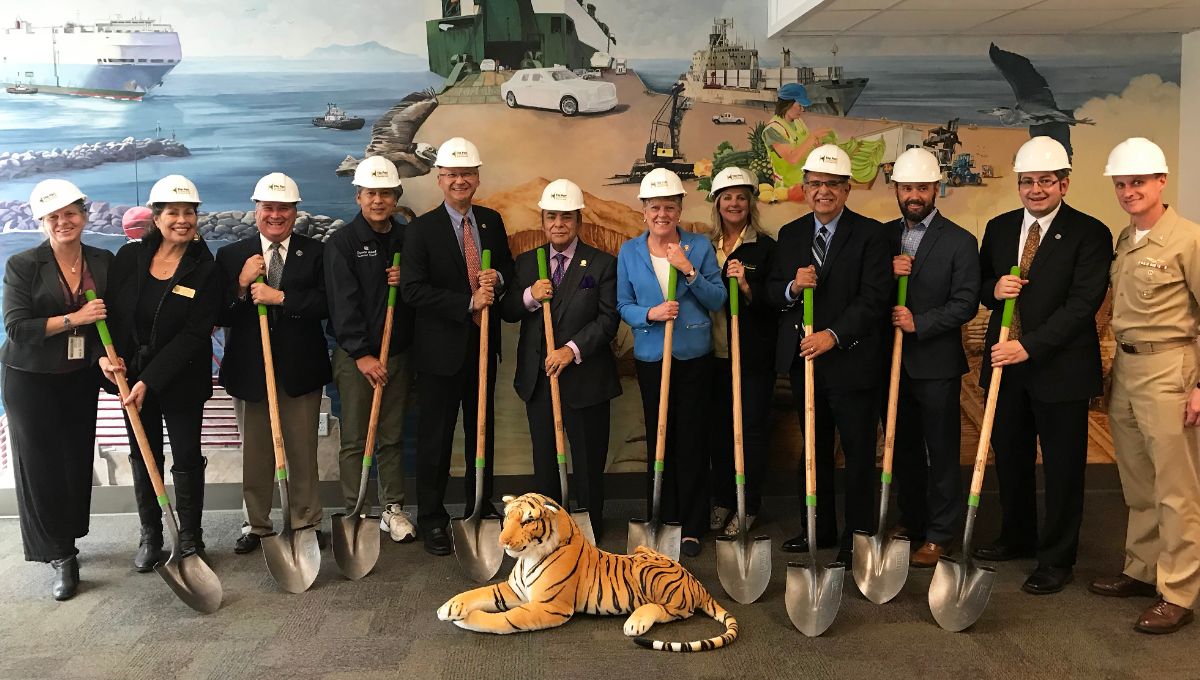 “The Port of Hueneme is an instrumental and thriving component of Ventura County – forming an essential partnership in their mutual success. Over the years, we have seen the successful expansion and growth of the Port to become a critical point of entry to our local and global economy,” said Congresswoman Julia Brownley. “Today we celebrated two exciting undertakings that will culminate in several critical upgrades to the Port’s facilities, including wharf improvements, berth and harbor deepening, pavement improvements, and the modernization of cargo handling facilities. Each of these projects will support the growth of exports and imports, reduce congestion, and, most importantly, help create and sustain good paying jobs at the port and throughout our region.” 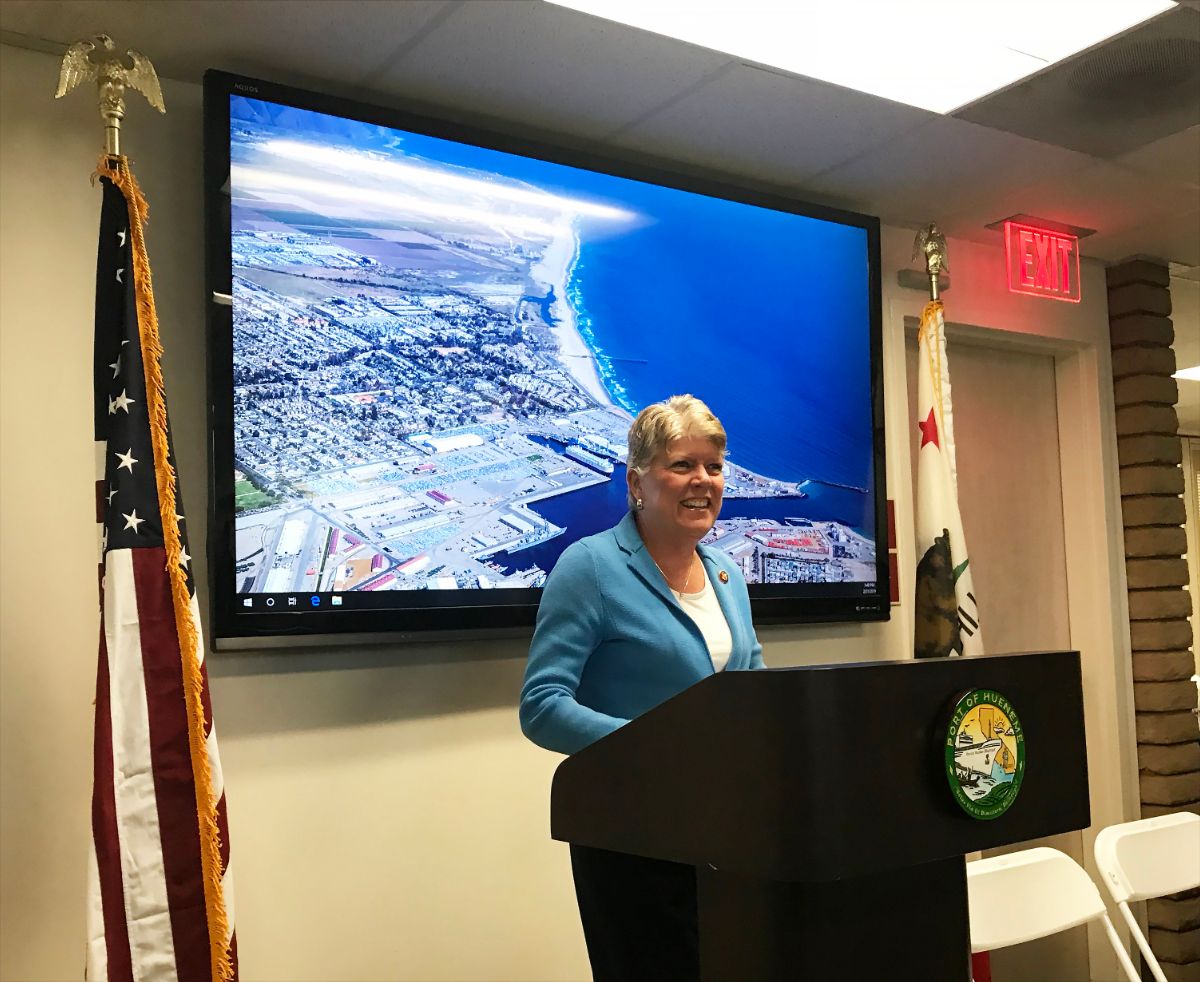 Oxnard Harbor District Board President Jess Herrera kicked off the ceremony stating, “Utilizing green construction and American made materials, this combination will ensure the Port winning the triple crown for jobs, the economy, and the environment.” 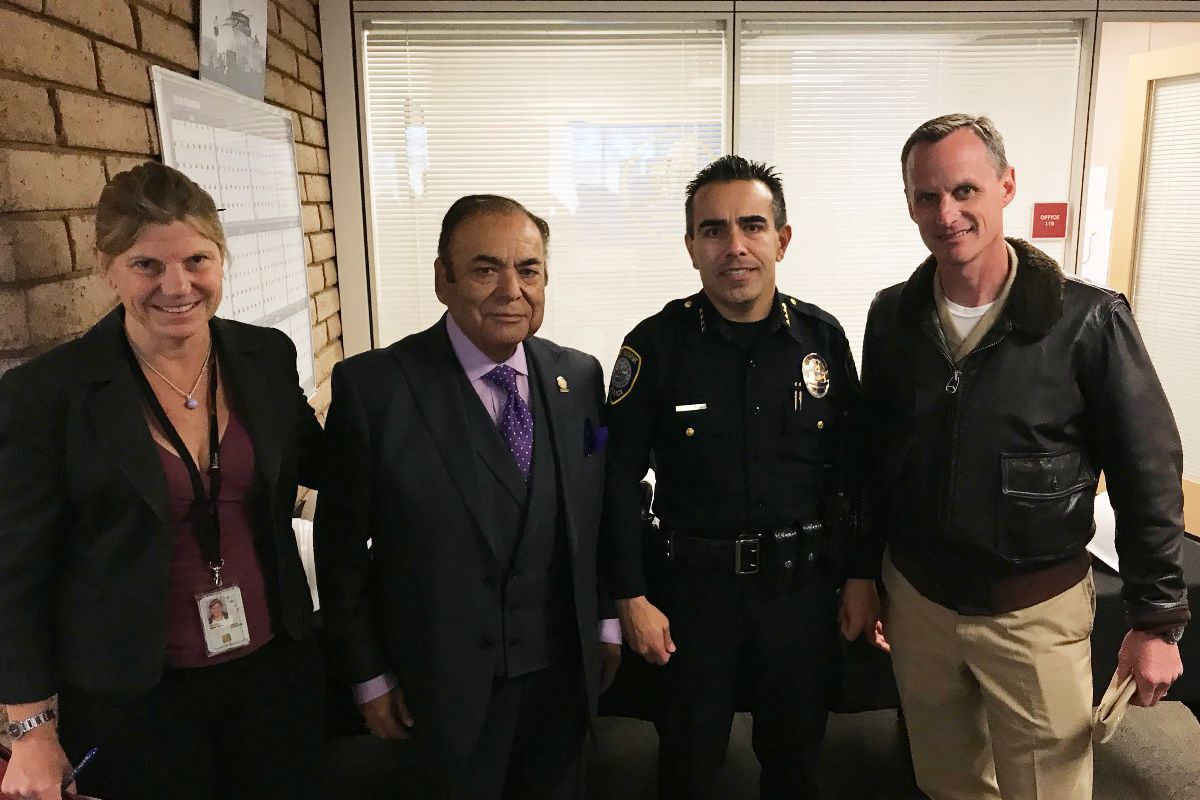 The Port’s harbor is currently 35 feet in depth, however this new project will bring the harbor’s depth to 40 feet. This increased capacity will allow existing vessels to not be constrained waiting for high tide to enter the harbor, making their visits to Hueneme more efficient. CEO & Port Director Kristin Decas explained, “Not only will this project create an additional 500+ jobs, it will safeguard our environment. The pilings used in stabilizing the wharf are an ecofriendly alternative made out of recycled plastic bottles. Our sand removed from the harbor will have a second life as well, being used as near-shore beach re-nourishment to protect our local Hueneme beach from erosion.” The project is expected to be completed by March 2020.

During the groundbreaking ceremony, Eric Shen, the Mid-Pacific Director for MARAD U.S. Department of Transportation, congratulated the Port on their $12.3 million grant stating, “Goods movement is the life-blood of our nation.”

In addition to the Deepening Project Groundbreaking today, the Port of Hueneme team joined the state’s 10 other public seaports to celebrate the second annual California Ports Day on Wednesday, February 20, 2019 at the State Capitol. Hosted by the California Association of Ports (CAPA) and the California Marine and Intermodal Transportation System Advisory Council (CALMITSAC), the Ports Day festivities included briefings with over 35 state legislators and their staffs on the vital role California’s ports play in the state and local economies, providing ladders of opportunity promoting social justice in our disenfranchised communities, and leading the world in environmental innovation and programs.

The two-day event also featured the California Maritime Leadership Symposium which brought together the state’s 11 public ports, members of the state legislature, representatives from the environmental sustainability community, leaders of the goods movement transportation industries, and various state agencies including:

The Port of Hueneme was represented by three Oxnard Harbor District Commissioners: Jess Ramirez, Jason Hodge, and Mary Anne Rooney; along with Port Director and CEO Kristin Decas and staff.

Commissioner Jason Hodge stated, “This Symposium serves as a brain trust to chart the course for continuing our collective Environmental Sustainability efforts. Collaboratively, our ports have reduced air emissions by 80% (particular matter), 90% (SOx), and 50% (NOx).” 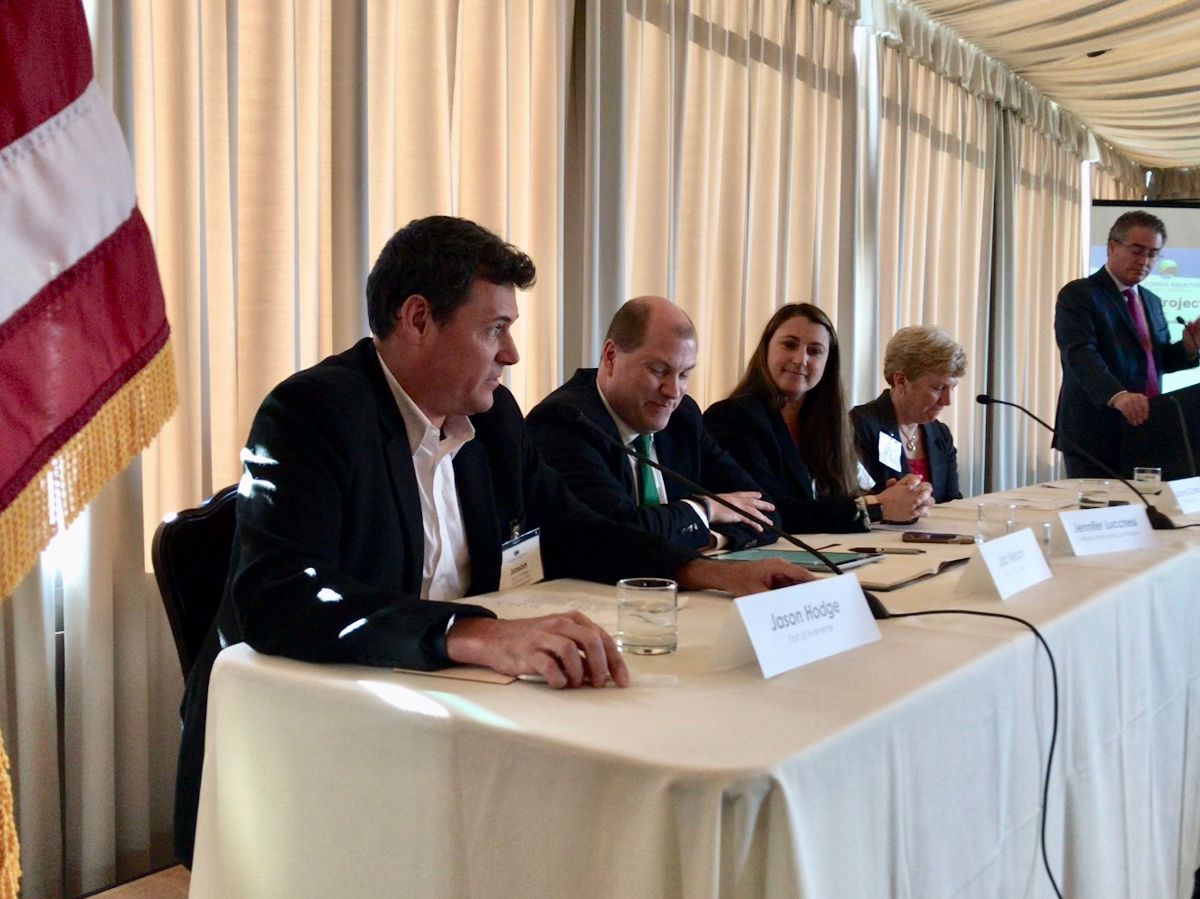 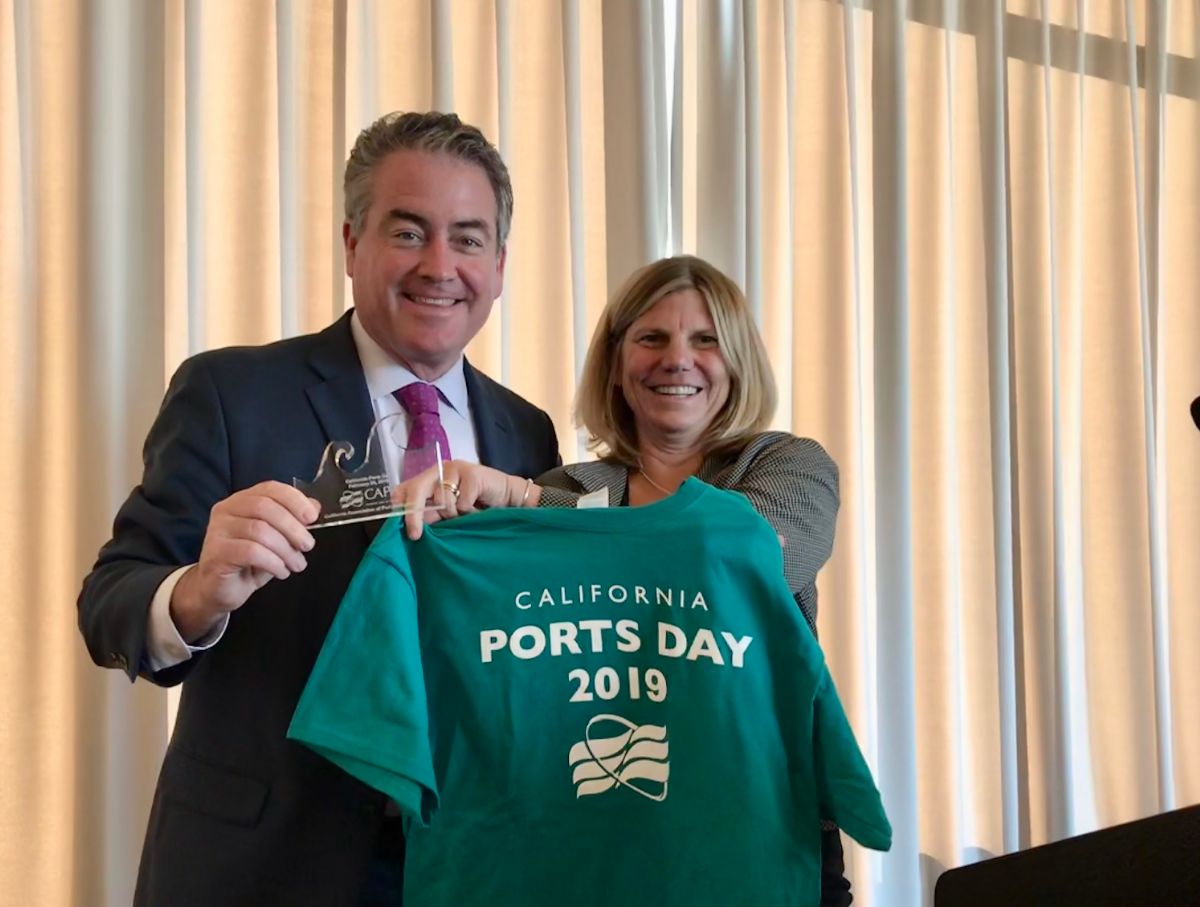 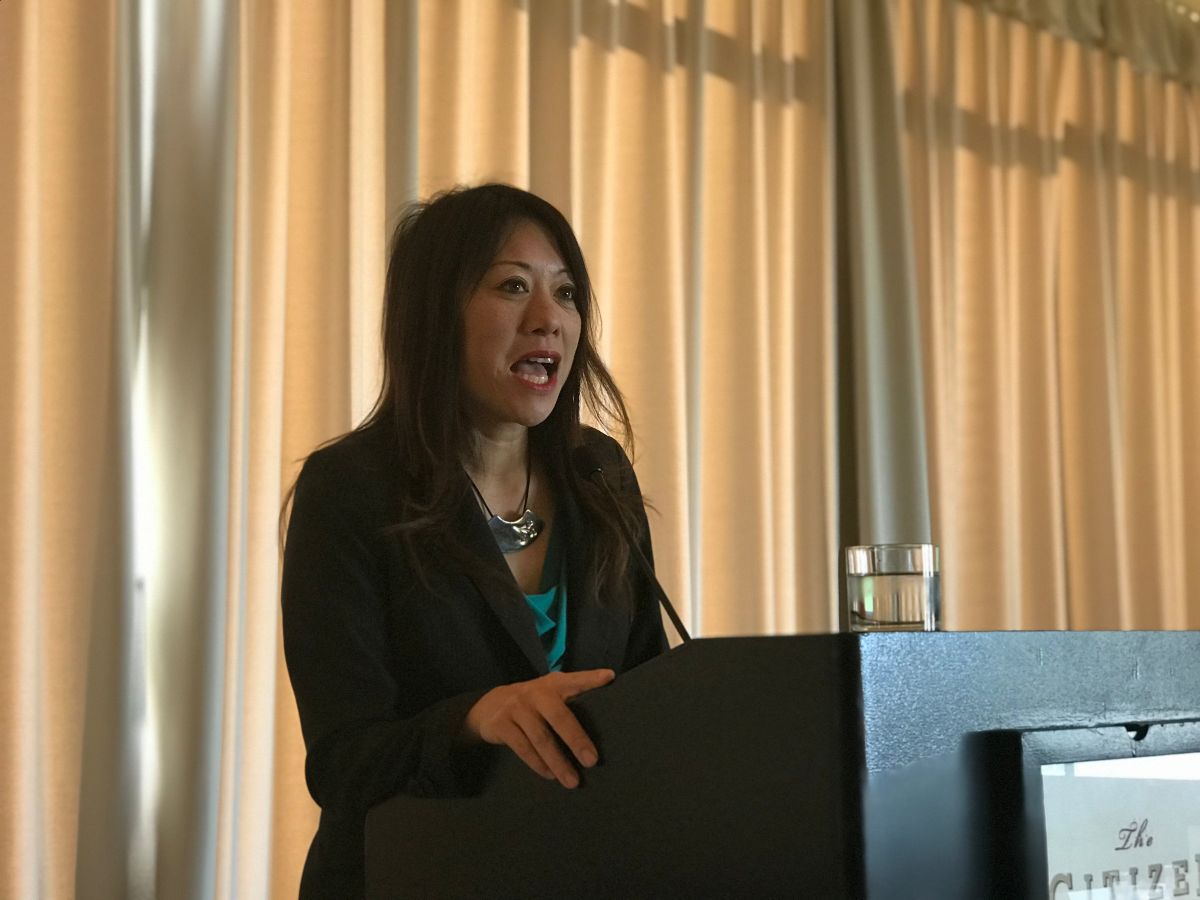 Bruce Stenslie of the Economic Development Collaborative stated, “100% of Ventura County’s economic growth is directly tied to the Port of Hueneme and global trade collectively. As our county’s growth lags behind other coastal counties in our state, it is imperative that our Port has the support it needs to continue driving our local job growth and opportunities for investment in our county.” 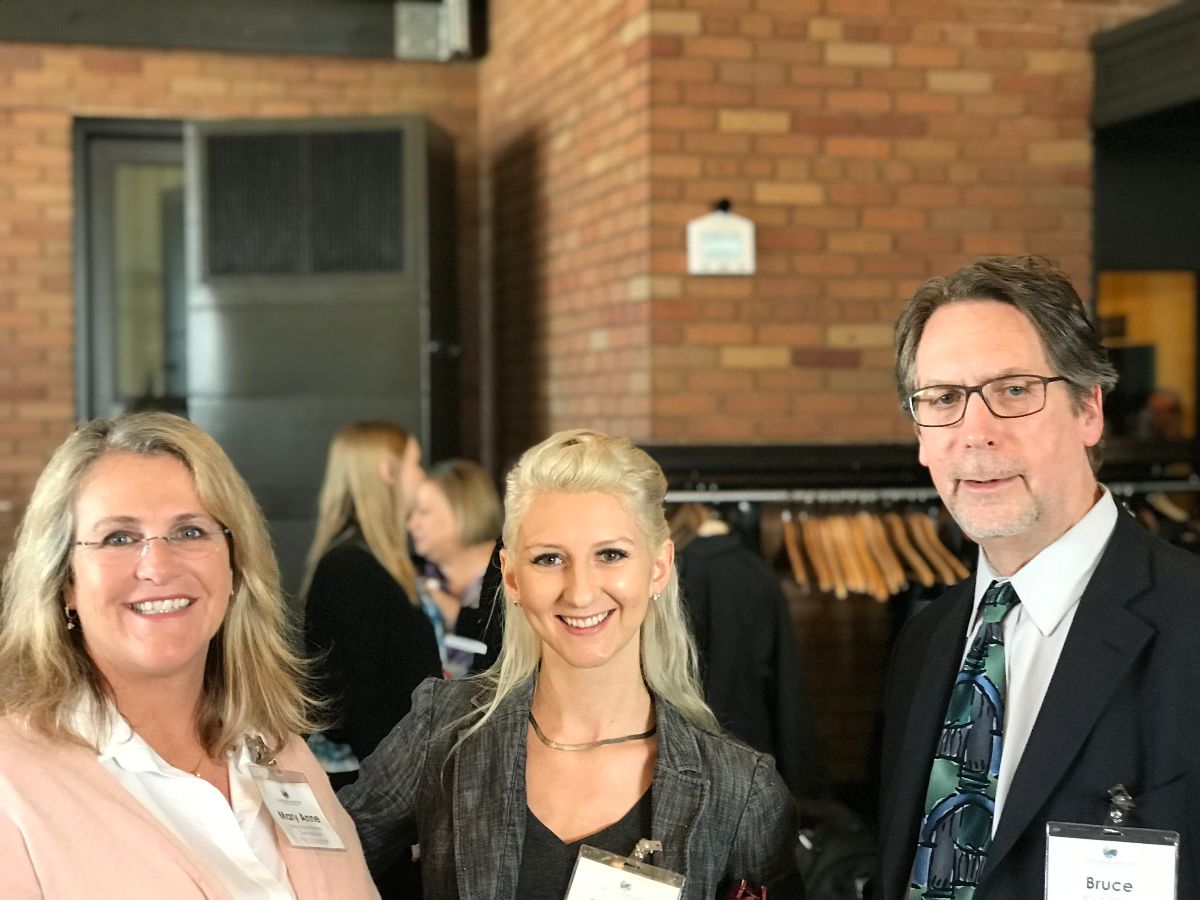 On a national level, more than 40% of the total containerized cargo entering the United States arrives at California ports and almost 30% of the nation’s exports flow through ports in the Golden State. Commissioner Mary Anne Rooney stated, “Ports Day is intended to raise awareness of the immense economic benefits and environmental leadership ports bring to the state, and to collaborate on the most pressing issues of our industry. Our goal is to connect citizens and legislators to the goods movement at our ports. As consumers, large percentages of what we wear, eat, drive, and use to communicate come through the ports on a daily basis.” 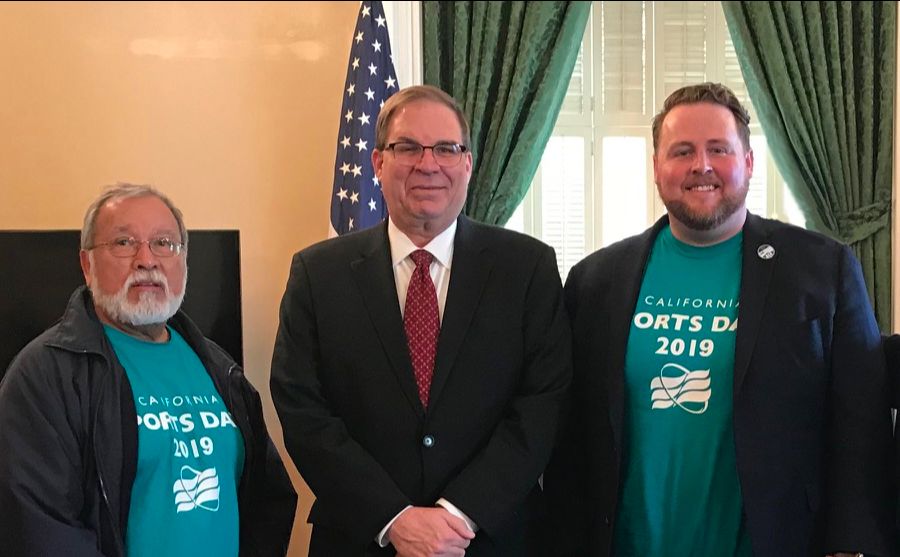 For more information on the Port’s Ecofriendly Pilings for the Deepening Project click here.

Learn more about California’s 11 Ports and their Environmental Stewardship in this video, click here.