On the heels of National Maritime Day, the Port hosted “World Trade and Innovation” on May 23, 2018 — an event to celebrate its 5th annual Maritime Advanced Systems and Technologies (MAST) Expo together with trade partners, and highlighting World Trade Week.

During the event, the Port collaborated with Naval Base Ventura County, EDC-VC, and GT2 for a successful annual Coastal Trident Security Exercise at the Harbor. This event fosters leading edge technological innovation and integration in a port and maritime environment for local and regional safety and emergency response agencies. Over forty exhibitors had interactive displays with technological innovations including flying drones, lasers, x-ray cameras, etc. Students from Santa Paula, Oxnard, Channel Islands High Schools and R.J. Frank Academy of Marine Science and Engineering Middle School joined the event to engage with the various exhibitors and trade consulates present.

Over 400 people were greeted by Oxnard Harbor District President Mary Anne Rooney who commented, “Our goal at the Port is to facilitate trade for our region. We aim to provide economic opportunity and vitality to those individuals and businesses who are the life-blood of our communities across our state and across our nation.” Rooney continued, “we also believe in moving our industry forward toward a more sustainable and innovative future. I am inspired by all of the conversations and collaborations taking place today among our customers, trade consulates, public safety agencies, elected representatives, and students here today.” 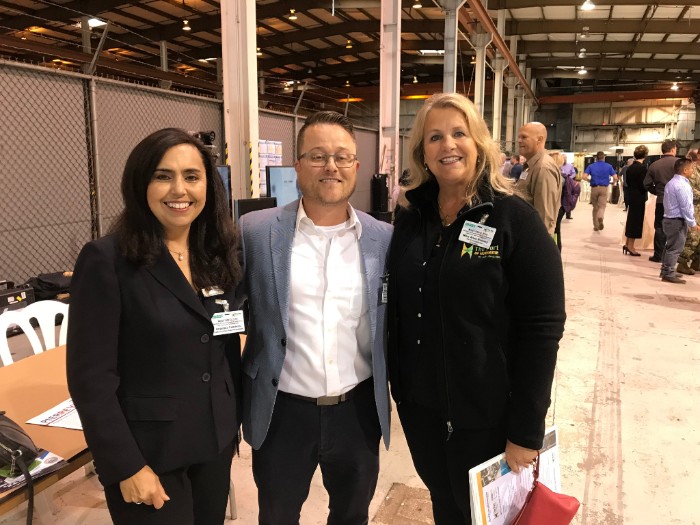 Various government agencies and non-profits exhibited technologies and materials including:

During the lunch hour, event attendees heard from Keynote Speaker, Erick Went of Matter Labs regarding blockchain and how technology is shaping up to change the future of trade and economy in the region. “Today’s event brought together people from different countries and backgrounds,” says Erick Went. “A lot of innovation happens at these intersections.” 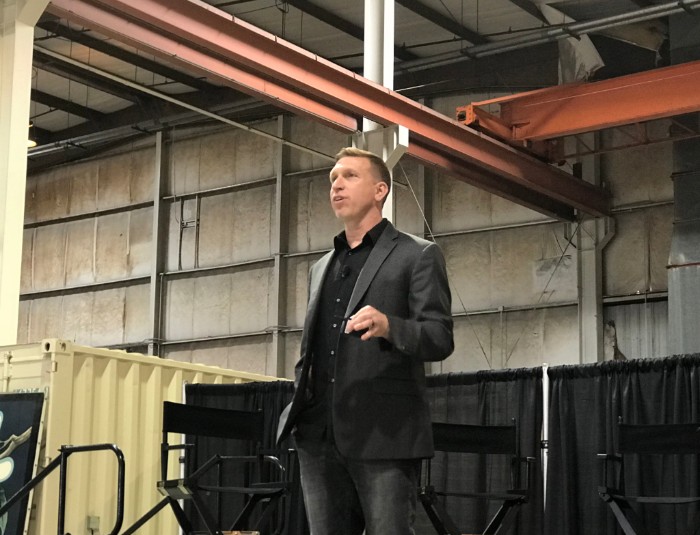 The afternoon specifically highlighted the various partnerships between the Port and trading partners all over the world. As a World Trade Center licensee, the Port partnered with the Economic Development Collaborative Ventura County (EDC-VC), California SBDC, Los Angeles Regional Network, U.S. Commercial Service, United States of America Department of Commerce, Naval Base Ventura County, and GT2 to highlight the economic opportunity and potential for trade the Port offers the region. Consuls General and high-ranking trade officials representing four continents also participated as speakers and special guests. 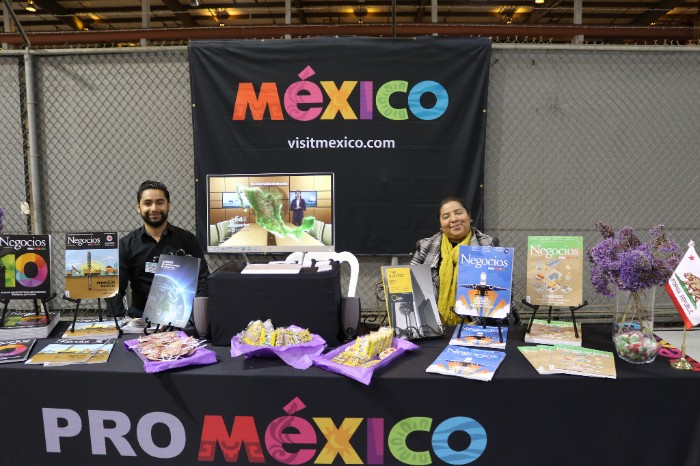 Jorge Gallardo, Trade Commissioner for Pro Ecuador stated, “It is very important for Ecuador to network with the other countries and companies here today. This is Ecuador’s third year at this event, and the first time that I, myself, have been able to attend. We are looking forward to increasing exports from Ecuador to California.”

The Consulate General of Canada congratulated the Port on another successful World Trade Week event and Beril Unver, Foreign Policy and Diplomacy Service Officer explained how Ventura County and Canada are intertwined. “Companies here in Ventura County export nearly $400 million in goods and over $100 million in services to Canada annually. Over 17,000 inhabitants of this county depend on trade with Canada.” 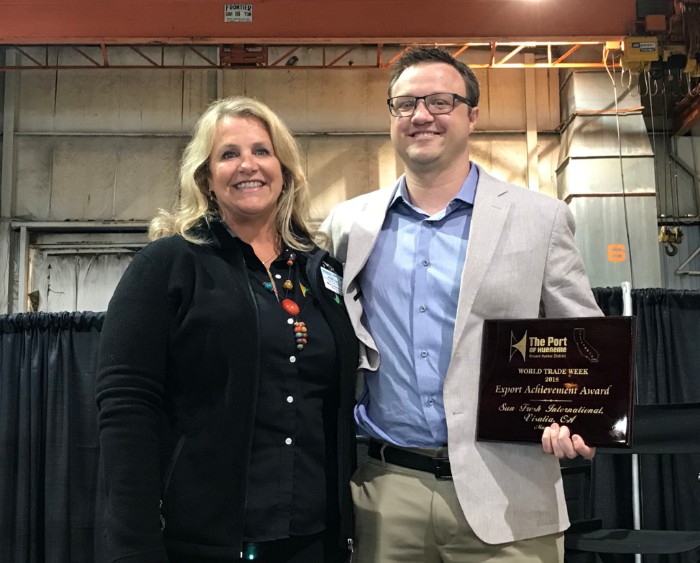 Sun Fresh International, a Visalia-based exporter of fresh fruit grown in California and the Pacific Northwest, was awarded the Port of Hueneme’s “Export Achievement Award.” Sun Fresh International uses all three weekly container ocean services at the Port – including Great White Fleet, Network Shipping, and SeaLand – from the Port to Central and South America. The fruit exporter has been utilizing the Port of Hueneme as its location is closer to local farms, has sensible vessel cut-offs, provides options to ship fresher produce to markets more quickly with an ease of doing business for both fresh fruit imports and exports. James Neeley, Logistics Manager for Sun Fresh International, was there to receive his second award from the Port, his company also won the Export Achievement Award in 2016. In his own words, “Other Ports don’t compare to the Port of Hueneme.”

Stellar Biotechnologies, Inc. of Port Hueneme and Mission Produce of Oxnard were honored as recipients of the “Leadership in Technology & Innovation Award” for their unwavering commitment to being a leader in applying new technology to move our region and society forward. Mission Produce currently has one of the greenest warehouses in the nation, utilizing solar energy and a plethora of environmentally sustainable practices – a true leader in the produce industry. Stellar Biotechnologies, Inc. is leading the field of immunizations with their research and product development steaming from raising Keyhole Limpets at the Port of Hueneme.

CEO and Port Director Kristin Decas concluded the World Trade portion of the day by saying, “Our partnerships are growing, our reach is incredible, I am thankful to everyone that was here today to celebrate innovation and global trade. With some recent anxiety in the market over tariff talks, this event highlights how interconnected we are with our partner countries and how working together helps us create jobs and solve problems.”

The Port concluded the day with a reception to welcome incoming Commanding Officer of the Naval Base Ventura County, Jeff Chism. “On behalf of Naval Base Ventura County, we look forward to continuing our partnership in working together.” As the Port and NBVC share the harbor’s main channel, it is a win-win for the agencies to collaborate on safety, security, and infrastructure projects. 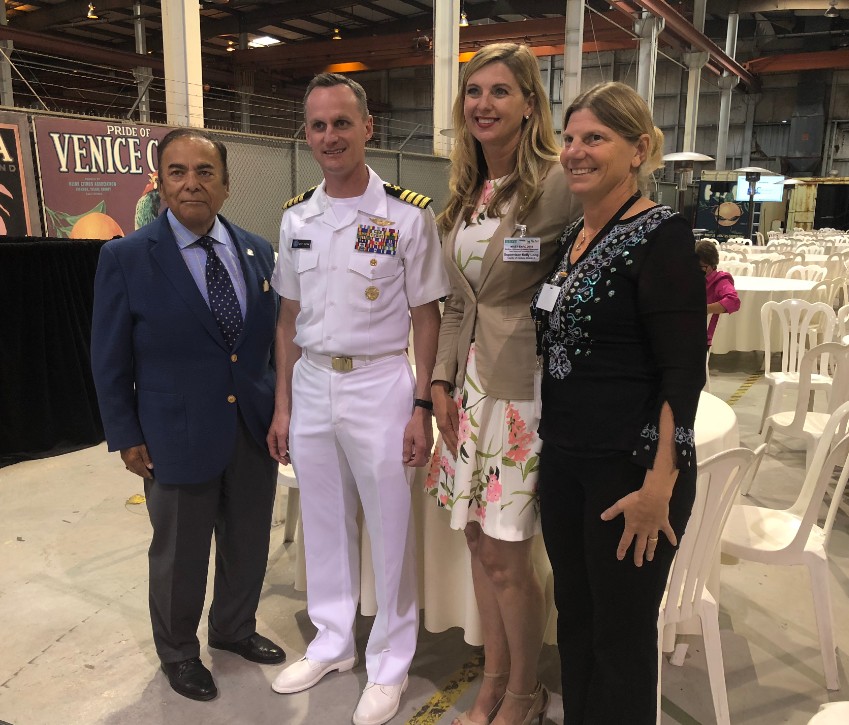 Christina Birdsey, Port of Hueneme COO reflected on today’s events, “We are excited to have this event grow and increase our region’s technology and entrepreneurial-ship. One of the most important outcomes from this event is connecting people and technologies. We want to foster this growth and have our communities benefit.”

Background: The observance of World Trade Week began in 1926 to acknowledge and celebrate that world trade significantly contributes to the nation’s economy and has developed a vast new horizon for America’s businesses. In 1935, President Roosevelt officially proclaimed World Trade Week as a national observance by the U.S. Government and selected the third week in May each year which includes May 22, National Maritime Day.