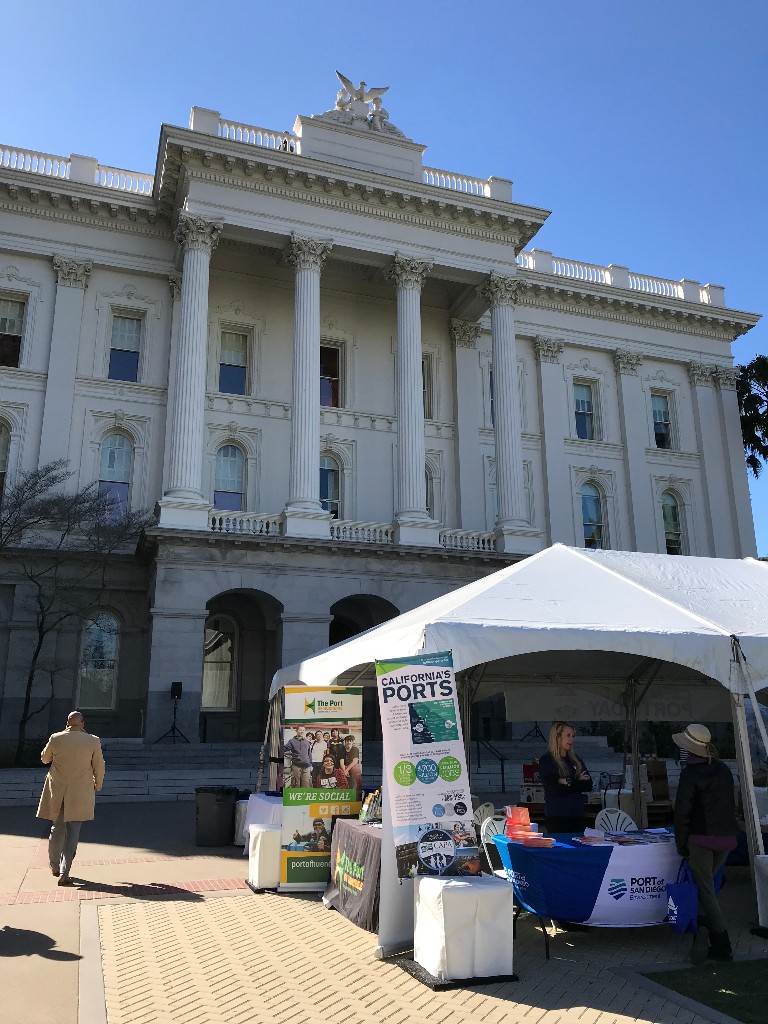 The first annual California Ports Day on February 21, 2018 at the State Capitol was a success. State legislators and their staff members met with port and freight industry leaders to learn about California’s 11 public ports. The day kicked off inside the Capitol, where a standing room-only crowd learned about the important economic and environmental leadership California’s ports provide for the state and the nation. During the morning briefing, CAPA’s President and Port of Hueneme CEO & Port Director Kristin Decas presented on the economic vitality and 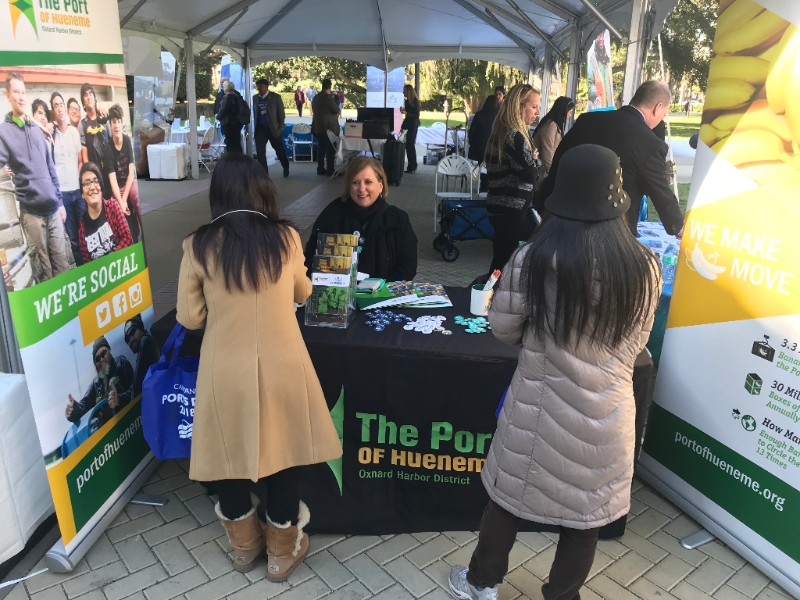 opportunity for commerce the Ports provide. Highlighting that California’s ports generate an estimated $9 billion in state and local tax revenue annually, Decas also explained ports’ vital role serving as the beginning and the end of the goods movement industry in the state, an industry responsible for over 5 million jobs. Decas also drew attention to the industry’s direct generation of nearly 25% of the state’s economy. She concluded that California’s public ports are a critical link in the international supply chain, and a vital component of the local, regional, state and national economic well-being. On a national level, more than 40% of the total containerized cargo entering the United States arrives at California ports and almost 30% of the nation’s exports flow through ports in the Golden State. 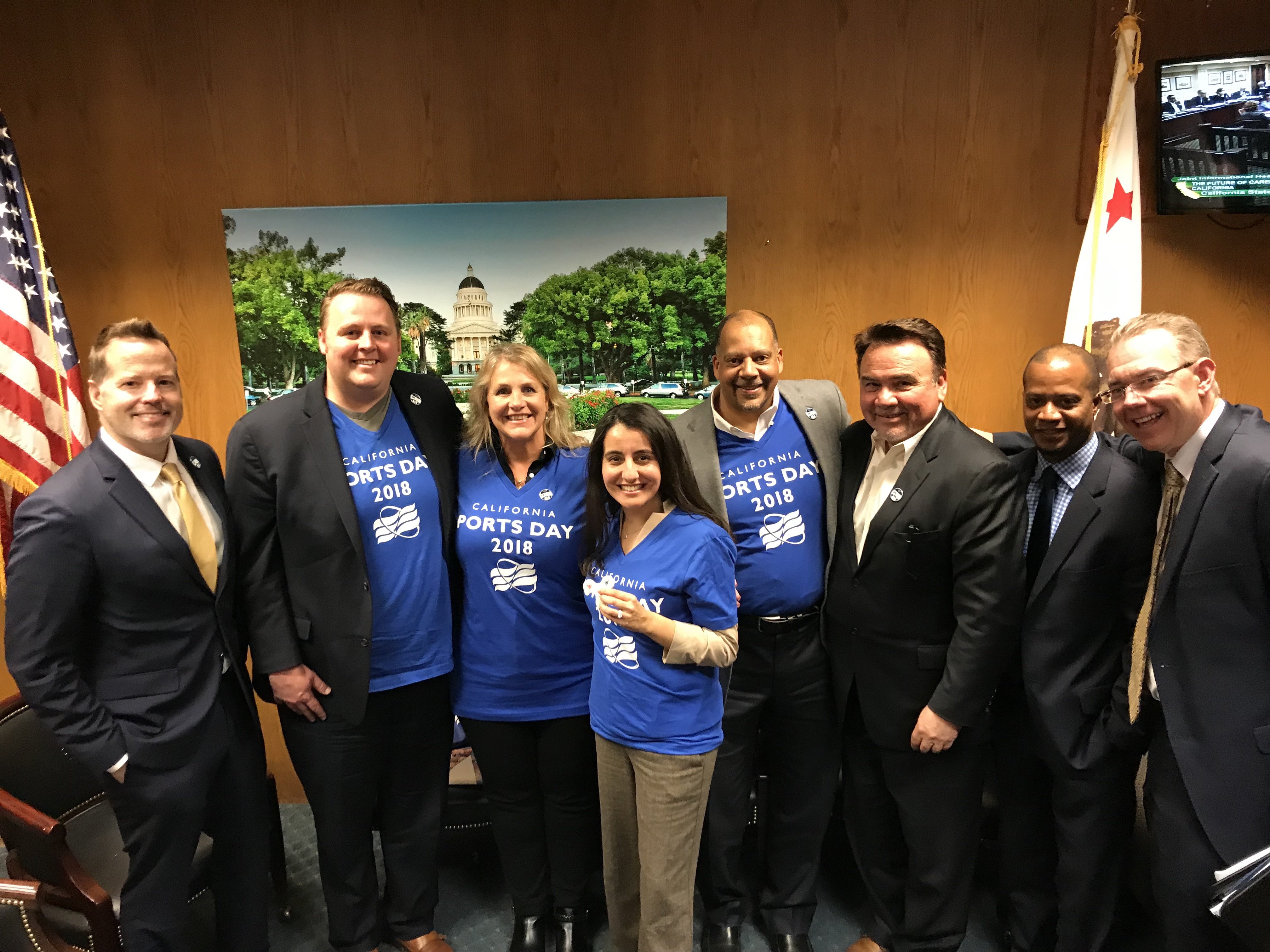 When asked about the purpose of the day, Decas explained “Ports Day is intended to raise awareness of the immense economic benefits and environmental leadership Ports bring to the state. We hope to connect citizens and legislators to the goods inside the ships loading at our Ports. As consumers, large percentages of what we wear, eat, drive, and use to communicate come through the ports.”

Executive Director Mario Cordero and Heather Tomley of the Port of Long Beach were also in attendance, along with Chris Cannon of the Port of Los Angeles. Together, they gave a compelling overview on the environmental leaps California ports have made in the past decade, and how they are continuing to lead the way in environmental stewardship. California’s largest ports report emissions reductions on the order of: 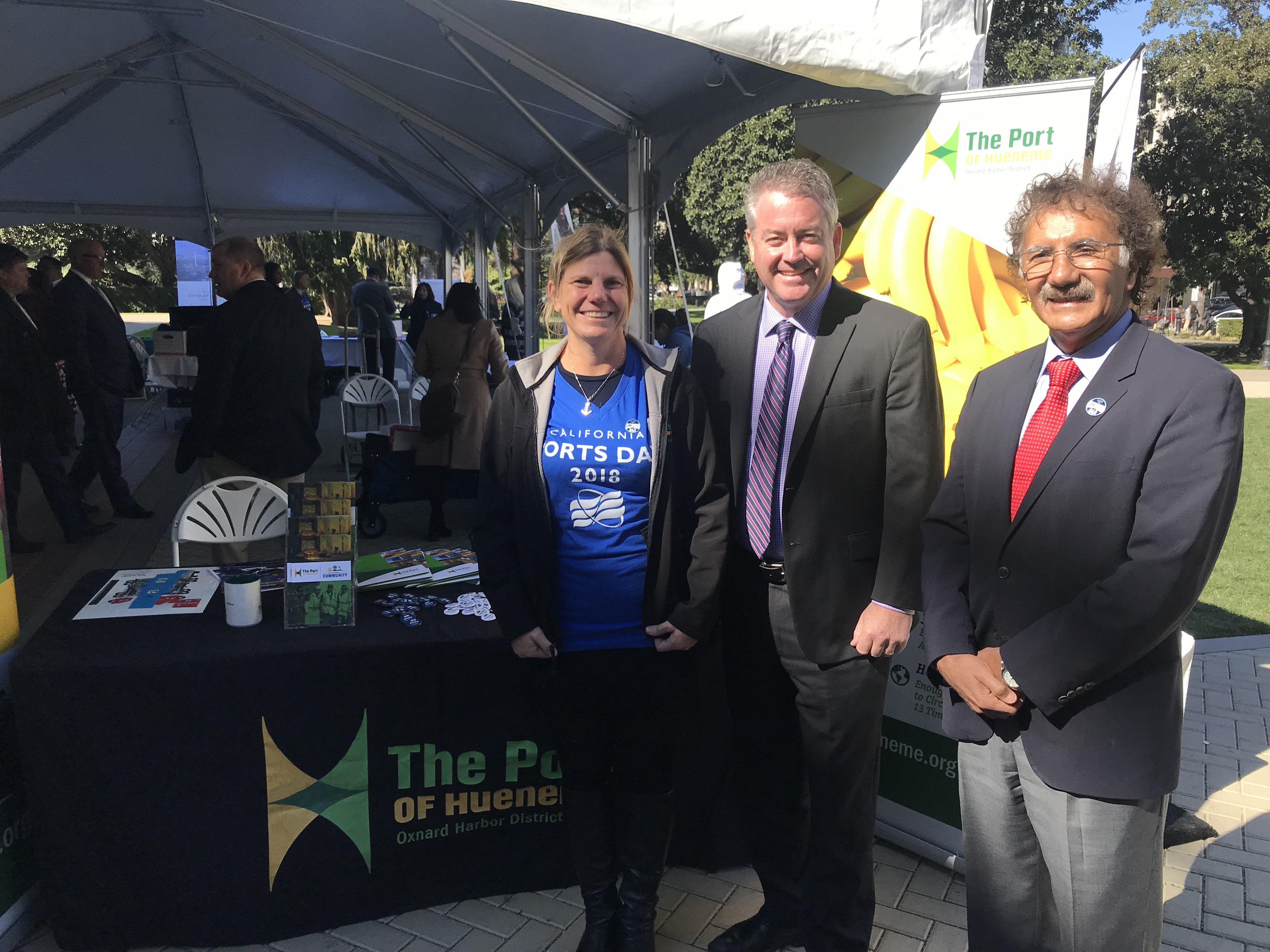 Throughout the day, port and goods movement industry leaders met with 47 state legislators and staff representatives. Assemblymember Patrick O’Donnell (Chair of the Assembly Select Committee on Ports and Goods Movement) and Senator Ricardo Lara (Chair of the Senate Select Committee on Ports & Goods Movement) served as the co-hosts for the day, including sponsoring Assembly Concurrent Resolution 170 designating the third Wednesday of February as California Ports Day each year.

At noon, Assemblymember O’Donnell welcomed attendees on the north steps of the Capitol and announced the inaugural Ports Day scholarship essay contest for high school seniors. Oxnard Harbor District Board President Mary Anne Rooney recapped the day, stating “Today signified the coming together of the 11 ports in our state bringing awareness to all the economic and environmental benefits we provide California. We look forward to continuing this new tradition and expanding how we celebrate the day, including the scholarship essay contest launched today for high school students. We hope students can use this as not only an opportunity to get support for college, but also learn about their local ports.” The scholarship essay deadline is April 30th, 2018. More information and scholarship guidelines can be downloaded at this link: http://californiaports.org/wp-content/uploads/2018/02/Scholarship-Final.pdf.