A Celebration of the 80th Anniversary of a Working Port

The Port brought in a record crowd of over 12,000 people at its annual community wide Banana Festival on September 30th.

“We were thrilled that so many people came to celebrate the strategic role the Port plays in global trade and the region’s economic vitality. It is always a pleasure to see our customers, employees, and the community celebrating the Banana and all of our imports and exports,” said Oxnard Harbor District Board President, Jason Hodge, “We want to thank everyone involved for their incredible efforts in making this day a true success for all.”

This is the 6th year the Port has hosted the free event; however it was a bit more special than years past. 2017 marks the 80th birthday of the Port of Hueneme Oxnard Harbor District. While many festivalgoers came for the bananas, they also learned a bit more of the history of the Port. This year, the Festival placed a special emphasis on the educational and historical aspects of the Port. From the vintage photos and informational videos playing in the Port Pavilion, to the narrated water side tours through the harbor, attendees took home a bit of history along with their banana souvenirs. Oxnard Harbor District Commissioner Ramirez reflected, “Walking around and seeing families with their kids enjoying this event, weather, displays, and music is what I envisioned twenty years ago before it became a reality. My vision moving forward, is to keep the festival intimate so the whole family can enjoy. We’ll see you next year!” 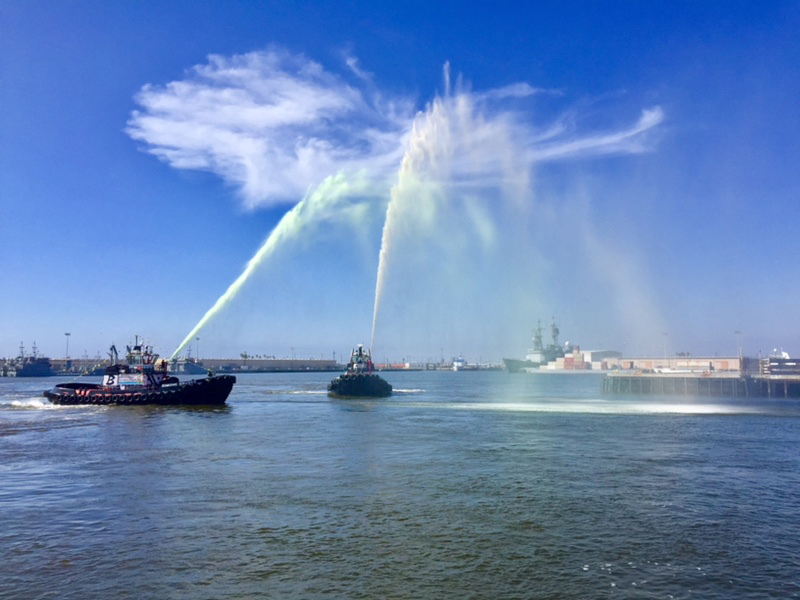 Port of Hueneme tugboats put on a water show

The banana was not the only star at the Festival. Attendees learned about the automobiles, high and heavy cargo, fertilizer and squid products that move through the Port on a daily basis as well. They learned that the Port is not only the west coast hub for bananas, but also the west coast hub for BMWs. Festival goes were surprised that over 3.3 billion bananas and 350,000 automobiles actually come through the Port each year. Kristin Decas, CEO and Port Director explained, “The festival theme of bananas is intended to peak the community’s interest to attend, yet the goal of the festival is to show the public all the inner workings of a commercial Port. We feel the festival is a great opportunity to really showcase the significant role the Port, its stakeholders, and its partners play in supporting our regional economy.”

To that point, festival goer Jill Corrigan said, “I never realized how much the Port brings to our county until today. Nearly every person here has benefitted from the Port in some way, whether that’s eating a banana for breakfast, driving a car to work, or using imported farm equipment in their jobs.” 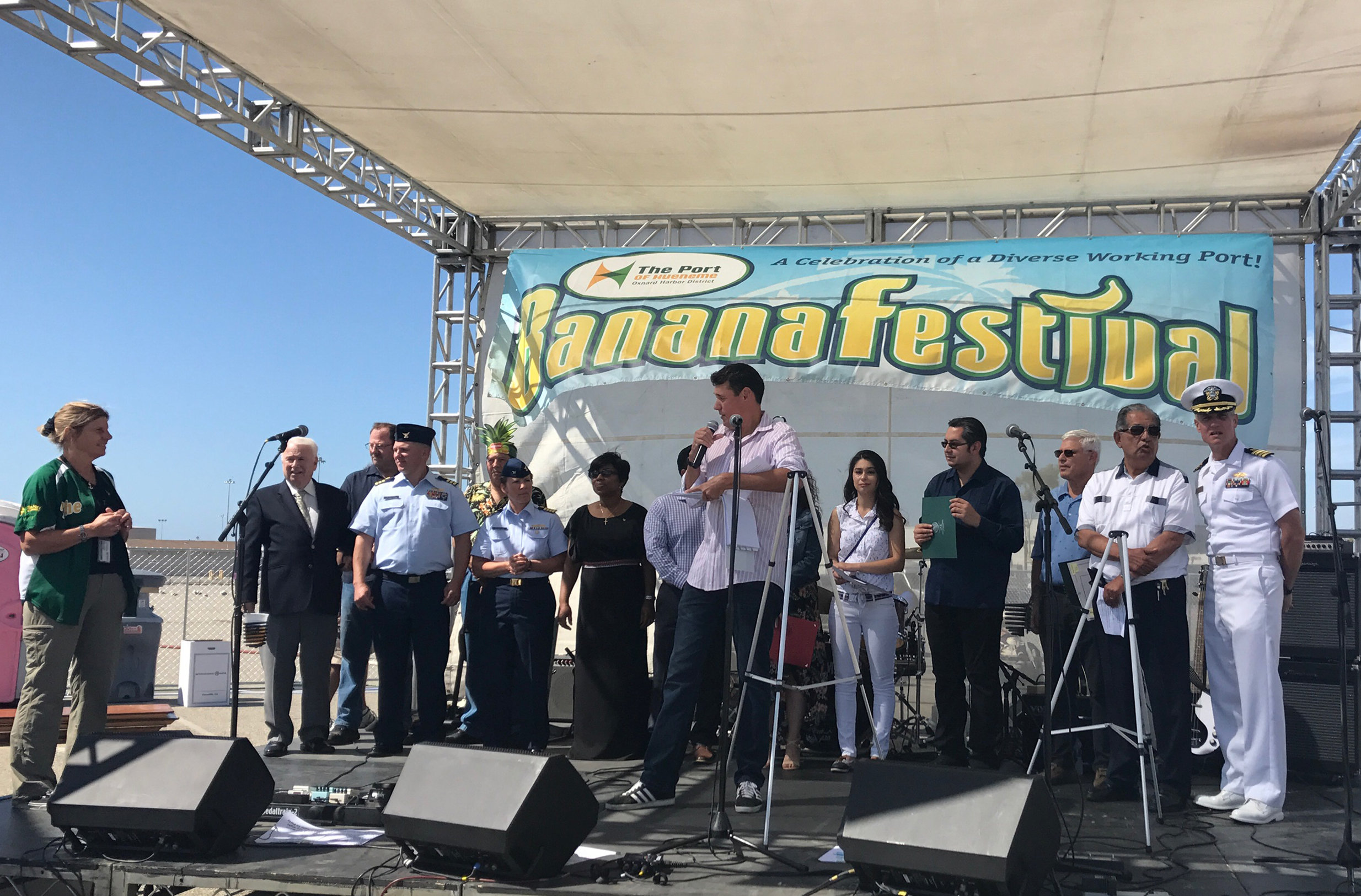 Port leadership, government officials and other special guests celebrate the 80th anniversary of the Port at the 2017 Banana Festival.

The festival brought out the kid in everyone this year, as people of all ages danced to the live music, chose from twenty-three banana inspired foods, and even competed in the pie eating contest – banana flavored of course! Some of the festival favorites included: banana flavored popcorn, banana splits, banana funnel cake; and on the savory side, banana empanadas and peanut butter banana melts from the grilled cheese truck. There were plenty of activities to burn off all those calories as participants enjoyed bounce houses, rock climbing walls, and arts and crafts. The community gained a newfound appreciation for dogs of the Oxnard Police K-9 unit as they showed their strength and agility in demonstrations at the Festival. Cranes and other large pieces of equipment that support the loading and unloading of cargo were also on display. At the reptile tent, kids were able to interact with some of the species that live in the tropics where the bananas are grown. In the spirit of the Festival, Port customers Chiquita and Del Monte each gave away thousands of bananas. BMW, also a customer of the Port, raffled off one of their premier road bicycles. Al Cardona of BMW said, “We are honored to be able to support the Port this year! The Port imports over one third of the BMWs coming into the US, and we hope that festival goers leave today knowing how grateful BMW is to our community for supporting us throughout the years!” 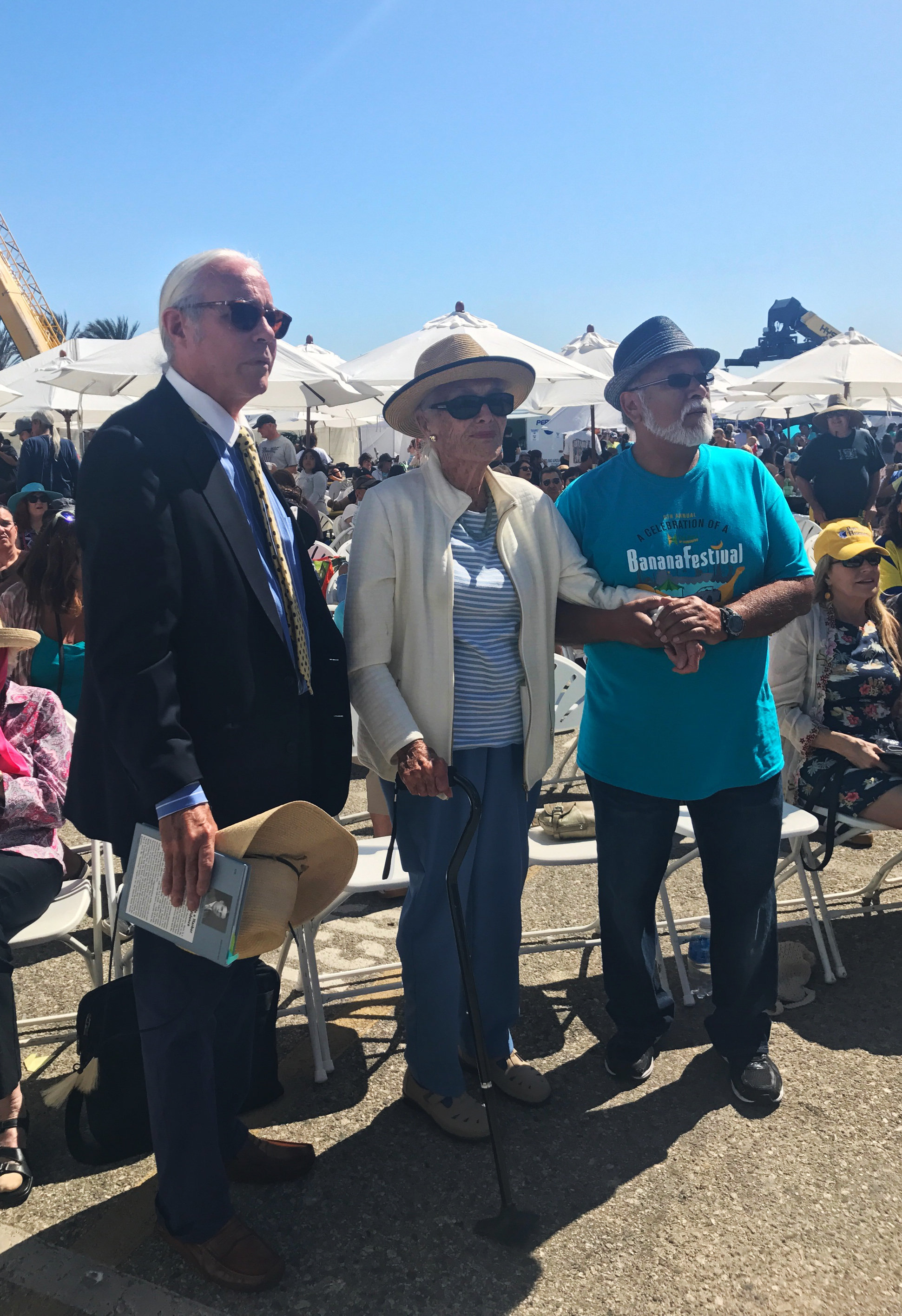 Several dignitaries and government officials came to help celebrate the Port’s 80th Year Anniversary as well. The on-stage celebration included proclamations from elected officials including Congresswoman Julia Brownley, Retired Congressman Elton Gallegly, Assemblymember Jacqui Irwin, the Ventura County Board of Supervisors, City of Port Hueneme Mayor Tom Figg and Councilman Will Berg, Oxnard City Councilman Bert Perello, Captain King of NBVC, members of the U.S. Coast Guard, representatives from Ecuador Consulate and Mexico Consulate Oxnard were also in attendance to join in the celebration of the Port. Toward the end of the Festival, those on the waterside tours were dazzled by the colorful water show conducted by the Port’s two tug boats, the Simone Brusco and the Lulapin in honor of the 80thYear Anniversary of the Port!

The Port would like to give a special acknowledgement to the Festival Director Kellie Meehan owner of Searle Creative Marketing & Design group for a job well done. 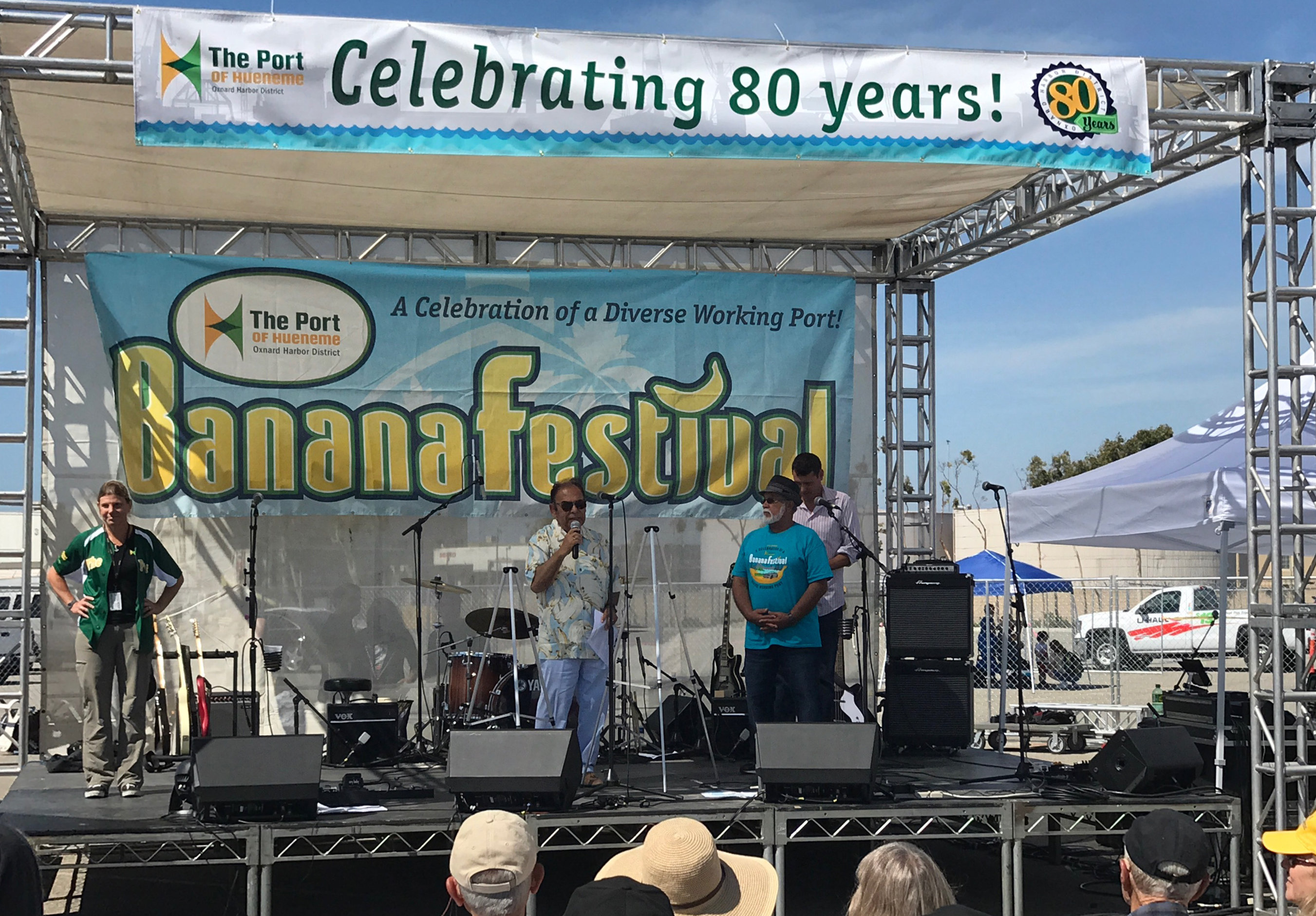